The Chinese fascination with Jade puzzled me. One of my most intelligent students spoke with glowing conviction of the power of Jade to heal. I listened to her with polite amazement. She wasn't the first of my college-educated students to swear by the medicinal value of jade. Copper bracelets have nothing on jade in China. Serious bio-feedback. It is said in China: Gold is valuable, Jade is precious. In fact, the written Chinese character for jade is similar to the character for imperial power. Go figure.

"The ancient Chinese dictionary, Xu Shen's Explanation of Words and Phrases published during the Eastern Han Dynasty, defined jade as the "most beautiful stone with five characters"….hardness, subtle color, musical quality, the smooth fracture and transparency. The 5 characters were respectively equal to man's courage, benevolence, wisdom, self-discipline and fidelity.

"Jade symbolized a man of noble character. Confucian endowed jade with eleven virtues, such as courtesy, wisdom, benevolence, fidelity, sincerity and so on. It is clear that jade had been personified. It was not just a piece of jewelry, but a part of one's being. The ancient Book of Songs noted that "a gentleman would never discard his jade ornaments without any reason, and the way he thought and spoke should be as mild and gentle as jade." Ancient Chinese also thought a man should treat himself as a piece of jade needing to be carved. 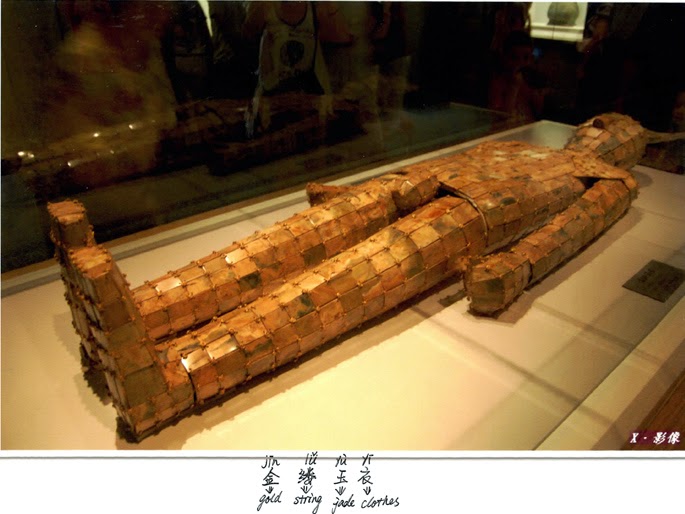 "The ancient Chinese also believe jade can stave off evil spirits and create safety. According to Taoism, jade collecting the essence of the earth and heaven, could keep one immortal physically. In Zhou Dynasty people began to sew thousands of jade pieces into burial suits for rulers, so that their corpse would not vanish.  The custom developed further in Han Dynasty. The tombs of Prince Jing of Wester Han Dynasty and his wife were excavated and two jade suits were found. People do not make the burial suits any longer; however, still believe its protective powers and buy jade wares.

"Jade also represents the imperial powers. We can get the idea from the way our ancestors created the character "yu" which means the jade. The character was gotten from the character "wang" meaning 'the king' or 'emperor.' Three horiztonal line of the "wang" implied the earth, the man's world and the heaven, and the vertical lines suggest the man who can understand the three worlds. When people wanted to wear a jade, they would drill hole with it, so the added spot of the "yu" character implied the hole and distinguished difference between the two characters. Jade also had an impact on other Chinese characters. Many emperors also preferred to used jade to make imperial seal. For instance, the imperial seal of the Qin Dynasty, the first feudal society in China, was made of jade.

"All above, jade is beyond the definition of ornaments for Chinese. That is the reason why jade culture never died away, although China is not the main origin."
Posted by Dr. Data at 10:43 AM 1 comment: 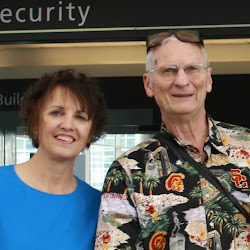